Permissible Union is an original opera, commissioned as part of the 2010 California on Location Awards (COLA) show, and was performed at Grand Performances in downtown Los Angeles.  Lyrics and book by Ken Roht, Music by Curtis Heard, and co-directed by Ken Roht and Marc Devine. 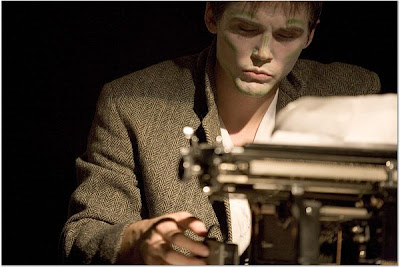 "The advertisement said ‘ARTEL’ would perform songs, poems, etudes and compositions ...But in the tradition of the Grotowski and Gardzienice theater groups from Poland, this Laboratory Ensemble didn’t want me to go anywhere…they wanted me to stay right there with them, using one unlikely trick to keep us cemented to our seats: They didn’t say a word... 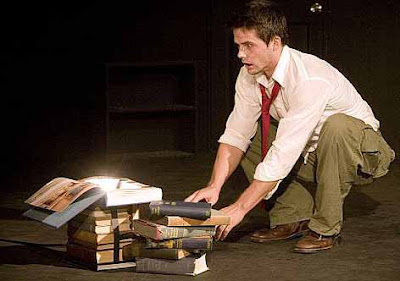 A young man (Marc Devine) with a tape recorder hammers away at an old typewriter, then slowly extract from it its white sheet of paper, chews it down then leaves us to listen to the sound of his recorded typing. ....

ARTEL is at its best when its skilled band of Clowns, amidst set pieces picked up on the street and adorned in costumes that cross gender, time and space, tantalize us into participation using grunts, squeaks and mocking laughter instead of words....."